Producer: Philip Yung (“Where The Wind Blows”, “Port of Call”)

Inspired by a sensational 2013 family murder, Henry Cheung partnered up with his friend Angus Tong to murder and dismember his parents. In the courtroom, two veteran lawyers Wilson Ng and Carrie Yau were defending the pair pleading not guilty. The prosecutor Allen Chu suggests the murder was a calculated move for money. But the plot thickened when Ng and Yau began to present their case, and when Tong rebutted all accusations on his own. The truth becomes all the more elusive as the defendants played the role of ‘genius’ and ‘idiot’ in court. In the breakroom, discussions between the nine jury members spiraled into debates of right and wrong.

The Sparring Partner is based off on a true murder case – the Tai Kok Tsui double homicide. The court case that followed was just as dramatic as the gruesome murder. Two defendants, one genius and one idiot, were pitted against each other in the courtroom.

During my research I reflected upon the meaning of the court. Is it a place where the truth is revealed and justice done? Or is it a stage where one escapes fate by putting up a show in front of the jury? The verdict hinges on the lawyer’s strategy, the defendants’ and the witnesses’ performance. The title presents not just the story from the perspective of the two defendants, but also the lawyers, witnesses, the police, and the jury. Multiple narrative threads run through the film, presenting the complex and dramatic court case as an anecdote calling for a critical reflection on the law, the notion of the truth, and the meaning of justice. 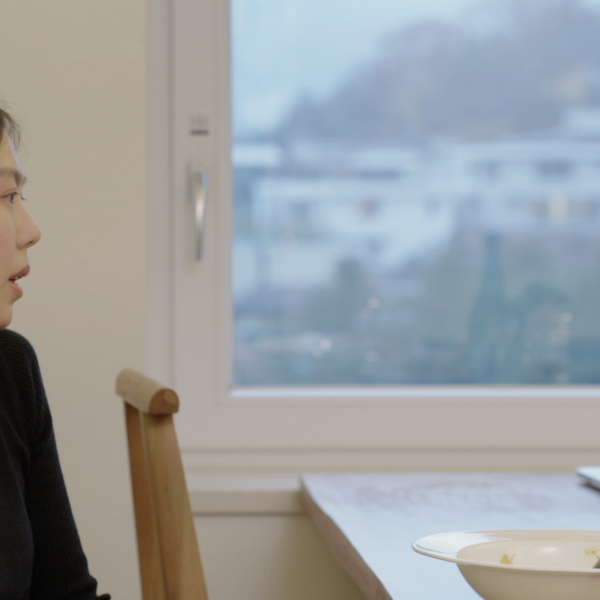