NEW YORK, NY, Dec 3, 2019 – Directed by Xue Xiaolu, starring Lei Jiayin and Tang Wei, The Whistleblower, the first Chinese movie focusing on whistleblowing, will be released in the United States, Canada, United Kingdom and Ireland on December 6. Lei Jiayin stars as an executive who uncovers a global conspiracy with ties to a multinational clean energy corporation — as well as his ex-girlfriend (Tang Wei). Marked for death and pursued by a team of ruthless assassins, the former lovers go on the run while trying to prevent an environmental catastrophe already set in motion. A chase across three continents, a conspiracy that affects the lives of millions of people, has raised the curtain with danger and suspense.

CMC Pictures, a CMC Inc. company focusing on the global distribution of Chinese films, will release The Whistleblower in over 150 theaters in United States, Canada, United Kingdom and Ireland on December 6; the same day and date as China, and the distribution is expecting to be expanded in the local market.

Director Xue’s romantic series of “Finding Mr Right” and “Book of love” has created a positive reputation in China. The Whistleblower is Xue’s first attempts of directing an action film. There are a lot of high-risk action scenes such as blasting, shooting and drag racing in the film. Tang Wei, who has already cooperated with the director three times, subverted the previous intellectual screen image and boldly challenged high-risk action dramas this time.

In the film “The Whistleblower”, Lei Jiayin is transformed into an overseas Chinese elite. In order to fit the role, Lei Jiayin arrived in Australia ahead of time and practiced his pronunciation, adhered to strict requirements to pursue accurate Australian accent. As Tang Wei described, he was “always listening, and always reciting”.

“Ma Ke is an overseas Chinese. It is a great challenge for me to show the temperament of overseas Chinese.” Lei Jiayin arrived in Australia early before the start of the filming and experienced the local life in order to better integrate into the role.

In the film “The Whistleblower”, Ma Ke (Lei Jiayin) and Zhou Wen (Tang Wei) joined hands to open the escape across Australia, Africa and Asia in pursuit of the truth. They should have been life partners, but the relationship between the two doesn’t seem so simple. The subtle relationship makes people wonder what entanglement Zhou Wen and Ma Ke will have in the play.

The serial bombing close at hand, the continuous gunshots closely behind, the crisis is approaching at all times, can they still trust each other as always, and push aside the fog together to find the truth?

About CMC Pictures
CMC Pictures is a CMC Inc. company focusing on the global distribution of Chinese movies, with direct theatrical and Internet release capabilities in over 103 countries and 281 cities. CMC Pictures has successfully released quality Chinese titles, including Ne Zha, The Wandering Earth, My People, My Country, Wolf Warrior 2, Shadow, Animal World and Detective Chinatown 2. The company brings leading content to not only world cinemas, but also to various platforms such as television, internet and mobile.

About CMC Inc.
CMC Inc. is a leading media and entertainment conglomerate founded and led by Mr. Ruigang Li. Based out of the Chinese Mainland and Hong Kong, CMC Inc. is known for its prominent strengths in premium content across multiple genres, which include film, drama, variety show, game show, financial media, documentary, short video, fashion & lifestyle, concert, theatre, live entertainment event, sports and music. The company also has a comprehensive scope of content-related businesses such as artist and sports agencies, cinemas, theme parks, and urban recreational complexes. 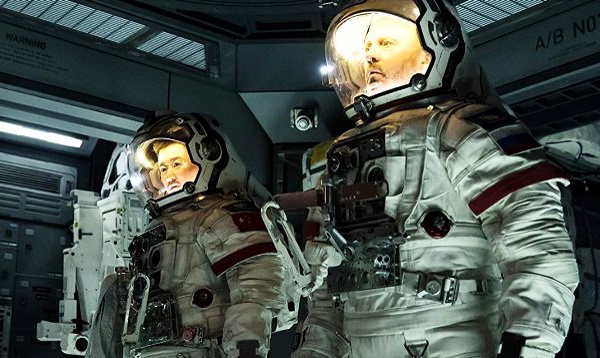 THE BATTLE AT LAKE CHANGJIN