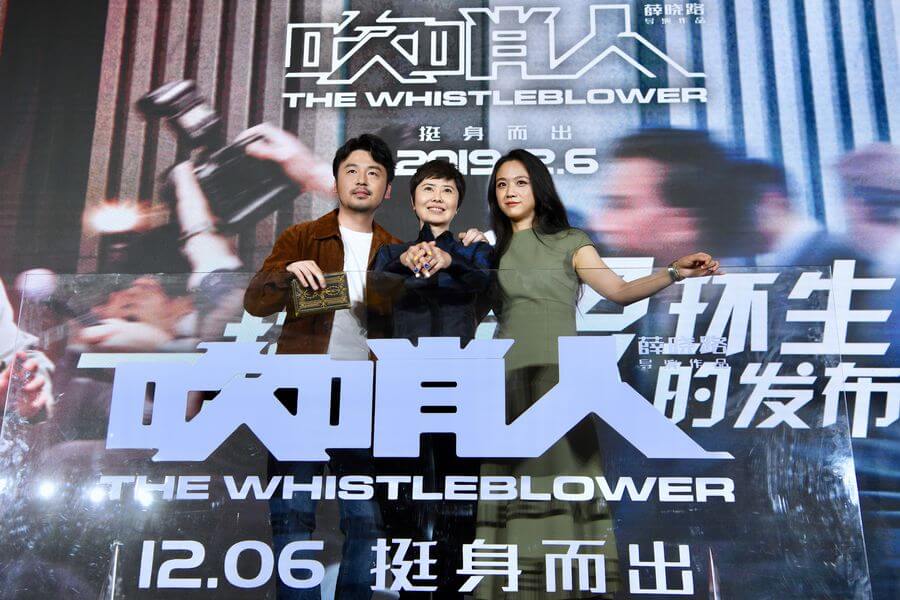 LOS ANGELES, Dec. 6 (Xinhua) — The largest China-Australia co-production film ever made, “The Whistleblower,” has opened in North America on Friday.

Released by CMC Pictures in Mandarin and English with English and Chinese subtitles, the eco-thriller is scheduled to open in over 100 theaters in select North American cities including Los Angeles, New York and San Francisco.

It also opened in the United Kingdom and Ireland on Friday, the same day as in the Chinese mainland.

Directed by Xue Xiaolu and starring Lei Jiayin and Tang Wei, the film revolves around a Chinese expat working in Australia who uncovers a global conspiracy with ties to a multinational clean energy corporation — as well as his ex-girlfriend. Marked for death and pursued by a team of ruthless assassins, the former lovers go on the run while trying to prevent an environmental catastrophe already set in motion.

“The Whistleblower” is Xue’s highly-anticipated debut in the action thriller genre following a pair of wildly successful romantic comedies.

In 2010, Xue wrote and directed her first film, the acclaimed drama “Ocean Heaven.” More recently, Xue helmed a segment of the Chinese blockbuster anthology “My People, My Country,” which has grossed over 400 million U.S. dollars worldwide.

“In addition to being a brilliantly crafted and wonderfully tense thriller, the film’s themes are incredibly relevant in today’s current geopolitical-economic climate,” she added.

The film is co-produced by Bill Kong, most famous for co-producing “Crouching Tiger, Hidden Dragon”, and Greg Basser, CEO of Gentle Giant Media Group, which is an independent producer of Hollywood films and China-Australia co-productions.

CMC Pictures is a CMC Inc. company that focuses on the global distribution of Chinese movies, with direct theatrical and Internet release capabilities in over 100 countries.

CMC Pictures has successfully released more than 50 quality Chinese films since 2016, including “Ne Zha,” “The Wandering Earth,” “My People, My Country” and “Wolf Warrior 2” in North America.

Only Fools Rush In

The Battle At Lake Changjin II