Director Lu Yang’s “Assassins in Red” is set to debut next lunar new year, a holiday release window that will likely be one of China’s most competitive ever, as 2020 blockbusters pushed back by the coronavirus prepare to jostle with new titles during the country’s biggest movie-going week of the year.

But Lu gently laughs off the question of whether the pressure is already a bit unbearable.

“I trust that our film has its unique elements that will still attract viewers even if it comes out next Chinese New Year in the midst of such strong competition,” he said. Should his competitors pull ahead, so be it, he implied: “The more lively things are and the more audiences go to the cinema, the better it is for the industry as a whole.”

Although production has started up again, the Chinese film industry has been slammed by the longest period of cinema closures in the world, with theaters shut since late January. While exhibition sector employees have grown increasingly vocal with their discontent as thousands of cinemas go bankrupt, directors — other than Jia Zhangke — have largely refrained from speaking out too loudly on the topic.

Lu offered cautious, safe comments on the matter. “People in the industry are all very concerned [about the re-openings], but we all know that we must first conquer this pandemic and let it pass,” he said. “There’s no way to rank the industry higher than the pandemic, because of course that is most important.”

He counselled creatives to “just do what you can well” as everyone awaits a return to normal.

“Assassin in Red,” which is executive produced by Ning Hao and backed by CMC Pictures, tells the story of a father who is tasked with killing a novelist in order to save his daughter who went missing six years ago. It turns out that the man’s writing creates a fantastical world that ends up influencing the father’s quest. The film stars Lei Jiayin (“The Longest Day in Chang’an”), Yang Mi (“Tiny Times”), and Dong Zijian (“Mountains May Depart”).

“I’m also a father. I wanted to make this film because I felt very touched by this topic of whether you’re willing and able to do anything for your own kid,” he said.

The project has only been minorly affected by COVID-19, as it finished shooting last March and is currently in the midst of two years of post-production. “It’s perhaps one of the most technically challenging films in Chinese cinema to date” when it comes to visual effects and post-production, Lu boasts, saying that he made an effort to use all-Chinese teams for the work.

A particular challenge was how to direct action sequences that “overcome the laws of physics but still look very real — yet also not like Hollywood superhero movies,” he explained, adding: “We hope to create a very Chinese look.”

For Lu, that has meant a style of action that draws strongly on the visual vocabulary of comics and games, and specifically tries to avoid being too influenced by Hong Kong action movies and the version of that style that has been absorbed by Hollywood since the 2000s.

Thematically, it also means a greater openness to a sort of spiritual belief in worlds and opportunities beyond what is scientifically provable, he said. He points to the American adaptation of “Ghost in the Shell” as an example of what he sees as a difference in an East Asian versus Hollywood mindset: the Scarlett Johansson version became a more concrete exploration of ideas about memory, while the original Japanese anime is contemplates the nature of the soul itself.

Lu isn’t uninterested in working in Hollywood someday, but his next two or three films will focus on the China market. According to online ticketing platform Maoyan, a third installment of his “Brotherhood of Blades” series is in the works for 2021. Lu himself says his next project, also inspired by traditional Chinese culture, is a “story of cultural communication between East and West, about art and history,” without further specifying details. 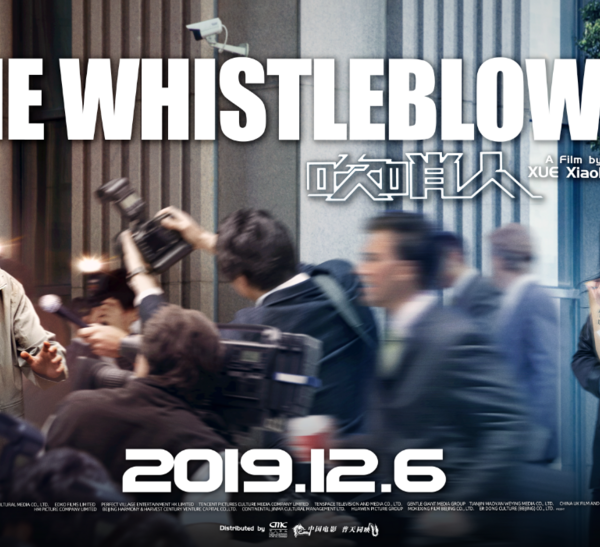